Frank Bio was born in the Bonthe District of Sierra Leone in his father's village of Tihun. A week after he was born, he moved to Freetown (Murray Town) where his father worked for a laundry company, and his mother was a house wife. Frank had a desire to become independent from a very young age, and decided to attend Bo Government Secondary School. This was a boarding school that was intended for children just like him; who were children of Chiefdom families. It was during the time at this school that Frank claims he got his good work ethic, whose motto was “manners maketh men”.

Frank had an incredible desire to continually learn new things during his youth. As a child he wanted to become a doctor because he thought it was “the best way that he could help out his country”. He later decided against it because he could not stand the sight of blood after many accidents he had witnessed and events he had experienced during the country's civil war, which lasted from 1992-2002. Frank also loved math, but he felt that his teacher's were going about teaching it the wrong way. One teacher in particular would hit the students with a ruler if children didn't answer his questions with the correct answer promptly. This was one of the reasons why Frank decided to become a teacher. He wanted to create a nurturing environment where students would be motivated to learn.

Frank decided to attend Njala University, where he was a big advocate for student rights. During his third year he was suspended for reporting corrupt lecturers to authorities. The professors were giving better grades to members of certain fraternities, while failing members of others. He was initially suspended for two years, but later got it reduced to one. During his one year suspension he got a diploma in computer software programs. He graduated from Njala University in 2008 with a BA in Education.

During the same year he started teaching at Prince of Wales Secondary School, and was also involved with organizations such as Amnesty International and Volunteer Work Camps of Sierra Leone (VWCSL). This is where he met Gabriel Schlough in 2009. Together the two of them started West African Medical Missions.

Frank has many goals for West African Medical Missions. In 2013 Frank hopes to get his students even more involved with organizations. His goal is to “build students capacities” by getting them experience doing anything from teaching, clerical work, or any other volunteer opportunities that organizations might have. In five years time Frank hopes that WAMM will spread to other West African countries other than Sierra Leone. He also hopes to get more professional level global health volunteers, and that his students will take more management positions in WAMM and the communities. In 15-20 years Frank wants to see the idea of WAMM “rocking the world”. To Frank, the idea of empowering young people is something that shouldn't be just kept in West Africa. He wants people around the world to use the WAMM model for the good of their own communities. 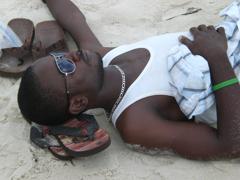 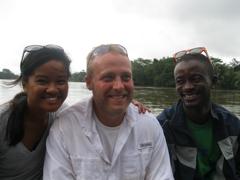 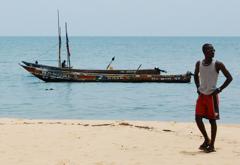 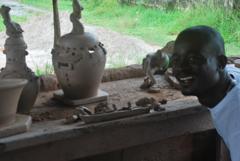 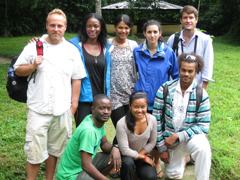 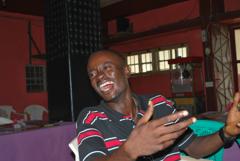 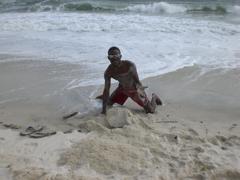